When His Grace, Simon Fraser, 11th Lord Lovat, faced execution on Tower Hill on April 9 1747, he had no idea he would be the last man to be publically beheaded in Britain.

Now, having your head cut off is no laughing matter, but at least it’s better than being hung, drawn and quartered, which was the original plan. He was prepared. 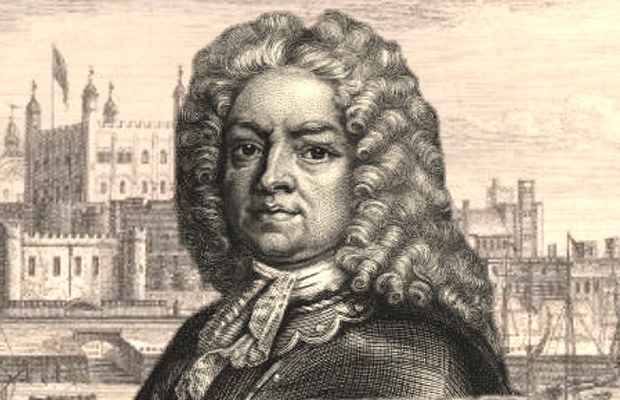 Lovat was a Jacobite – a confederate of the forces defeated at Culloden – and he’d attracted a good crowd. Public executions were popular entertainment, and the execution of an aristocrat (particularly a treasonous Scot) was a major attraction. Good seats for the execution were hard to come by.

He was portly man determined to make a good end. His final statement would be delivered in Latin. This wasn’t for the benefit of the unwashed masses who wouldn’t understand a word of it. His words were to be recorded, and his choice of words – along with his comportment – was crucial to his personal legacy and to the honour of his clan.

However, when a stand, erected to accommodate the multitude collapsed, killing at as many as ten spectators and injuring many more [1], Lovat lost his poise and was reduced to laughter [2].

It is a matter of record that Fraser was able to deliver his last words before the axe fell. They included a line from the Roman poet Horace, “Dulce et decorum est pro patria mori.” (It’s sweet and seemly to die for one’s country.)

Whether or not Fraser had to squeeze out the words between snotty chortles is less certain.