While researching the Abraham Lincoln burial site for this post, the first in our ‘Weird Facts: US Presidents’ series, we were astonished by the multiple exhumations and inspections of Abraham Lincoln’s remains subsequent to his burial service in Springfield, Illinois. As the information we gathered seemed to be macabre and exaggerated, we consulted several sources to verify the details as best we could.

The sad fact is that the earthly remains of President Lincoln – most often regarded as America’s greatest president – were disturbed many times and treated with very little dignity over many decades.

Those involved were, for the most part, well intended. Yet, there seems to have been an element of morbid curiosity at times, particularly surrounding the 1901 exhumation and some of the people permitted to inspect the president’s remains.

May 4, 1865: following the torturous journey from Washington to Springfield, Illinois, the coffins of President Lincoln and his son Willie arrived at Oakridge Cemetery for temporary interment in the public receiving vault. [2] 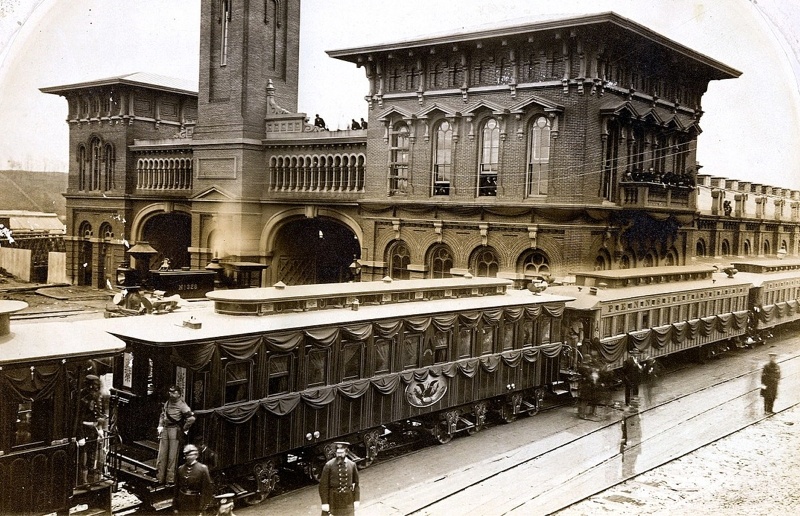 The Funeral Train at Harrisburg

December 21, 1865: the bodies of Lincoln and his son, Willie, were moved to a recently created temporary vault. Lincoln’s coffin was opened and his remains identified. [1] [2]

September 19, 1871: the bodies of President Lincoln and his sons, Edward and Willie were moved into the partially completed, Lincoln Tomb. The remains of Tad Lincoln, (the president’s youngest son who died in July 1971) had already been interred within the tomb. Lincoln’s coffin was opened and his remains identified. [1] [2]

October 9, 1874: the Lincoln Tomb now complete, the president’s remains were removed from his coffin, placed into a lead-lined, cedar coffin and interred in a marble sarcophagus. [2]

November 13, 1876: following an attempt by counterfeiters to steal the president’s body on 7th November 1876, President Lincoln’s coffin was transferred (after a number of secret movements) to a location within the basement and hidden beneath a woodpile. [1] [2] [3] Resealed, the sarcophagus was left empty.

November 18, 1878: after spending more than two years hidden in the basement, President Lincoln is secretly reburied in a shallow grave nearby. [1]

November 21, 1878: following anonymous threats, President Lincoln’s coffin was exhumed to make certain it was still there and intact [1]. It was reburied. [2]

July 19, 1882: Mary Todd Lincoln was buried in the Lincoln Tomb. Shortly thereafter, her remains were exhumed and secretly buried beside her husband. [1] [2]

April 14, 1887: the remains of Abraham and Mary Todd Lincoln were exhumed. Lincoln’s coffin was opened and his remains identified. Both coffins were reinterred within a new brick burial vault. [1] [2]

March 10, 1900: all Lincoln family coffins were exhumed and reinterred in an underground vault close to the Lincoln Tomb during its reconstruction. [1] [2]

April 24, 1901: President Lincoln’s coffin was exhumed and placed within a sarcophagus in the reconstructed Lincoln Tomb. This created immediate security concerns due to the ease with which the counterfeiters had accessed and opened the sarcophagus in 1876. [1] [2]

The coffin was placed into a steel cage and encased in concrete (to a depth of three metres) beneath the burial vault of the Lincoln Tomb. 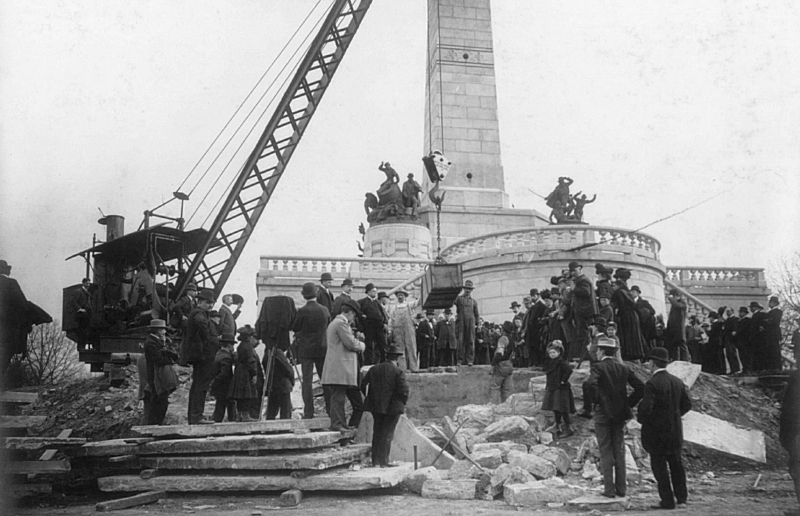 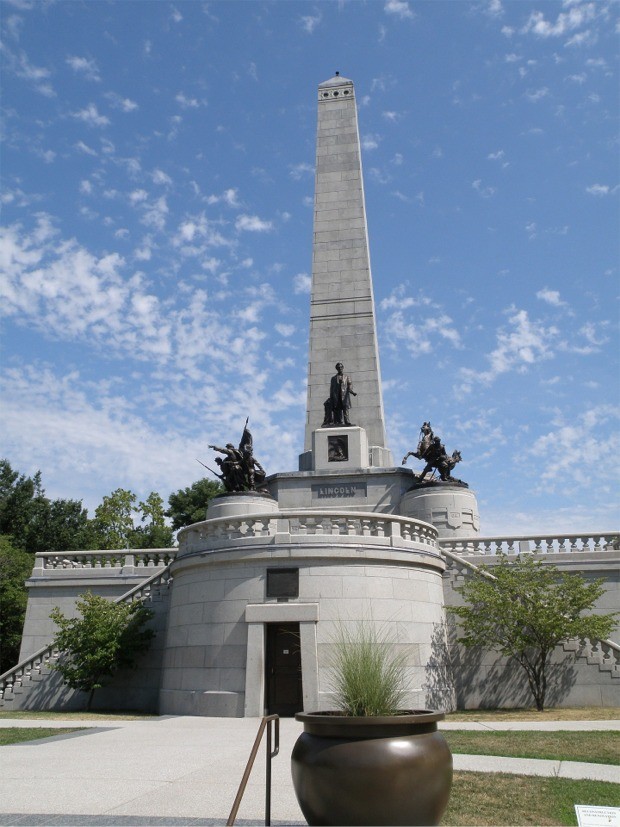 The Lincoln Tomb underwent major reconstruction from 1930 to 1931 during which there was no further need to disturb the remains of the slain president.